Can Pedestrians Be Held Liable in Car Accident Cases? 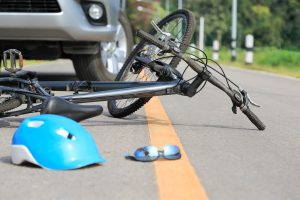 In the US, motor vehicle accidents are common, and result in non-fatal as well as serious injuries, and even death. According to the first estimate by the National Safety Council (NSC), there were a total of 38,800 motor-vehicle deaths in 2019, and around 4.4 million people were injured seriously enough to require medical attention.

Road accidents involving two vehicles are common, but those involving pedestrians or bicycles are equally so. Although in most car accidents, the drivers are held responsible for causing collisions.

In accidents involving pedestrians, it is not always the driver’s fault.

Here is what you need to know about when pedestrians can be held at fault for car crashes and what you can do about it.

Let’s start with the basics.

A personal injury claim is a civil lawsuit involving a plaintiff seeking monetary compensation from the defendant for injuries as a result of wrongful conduct. Motor vehicle accidents, slips and falls, medical malpractice, assault and battery, and dog bites are some of the common types of personal injury claims. This law may change from state to state.

The state of Illinois has several different tort laws under which you can file a claim. However, you have to file the lawsuit within two years from the date of the accident. However, you should check with a personal injury lawyer or a car accident attorney in Illinois to see which statute of limitations applies to your claim.

Usually, when a car or road accident involves a pedestrian, he/she is likely to suffer the maximum injuries or damage. Even at a slow speed, an average car can cause grave damage to the on-foot traveler. As a result, pedestrians often need immediate medical attention. Even the slightest delay in treatment can result in a permanent disability or worse.

Here are a few common injuries pedestrians suffer in a car accident.

It is a common belief that pedestrians have the right of way, and so you can’t hold them accountable for a road accident. However, this may not always be the case.

By law, both the driver and the pedestrian have to practice reasonable care on the road. In other words, the court can hold either party responsible (entirely or partly) for the accident and subsequent injuries.

A pedestrian is a person who is either on foot or is using human-propelled means to walk on the road or pavement. However, most state laws don’t consider a cyclist as a pedestrian as they have to follow the rules quite similar to the ones for motorists.

But, anyone using a wheelchair, invalid tricycle, and motorized quadric-cycle due to a physical disability may be considered a pedestrian.

Just like drivers have to exercise precautions such as following signals and honking, pedestrians have a similar duty of care when walking near roads and streets.

Here are a few common scenarios in which the court may consider a pedestrian at fault.

These actions will not only put you or your loved one in grave danger, but also lead to fines from road authorities.

In most states, pedestrians often have the right-of-way when crossing a street using a crosswalk. In short, the vehicles must stop and let the pedestrian on the crosswalk pass.

Furthermore, if a vehicle has stopped to allow a pedestrian using the crosswalk to pass, the vehicles approaching from behind also need to stop. If not, the drivers will be considered at-fault, should an accident occur.

However, the right-of-way has exceptions. For example, if you (as a pedestrian) fail to use the crosswalk (even if it is present) to pass the street, the driver will have the right-of-way. As a result, the pedestrian will be at fault, should an accident happen. The pedestrian cannot claim compensation for the injuries suffered in such cases.

The personal injury laws governing pedestrian accidents vary from state to state. Usually, there are two sets of laws, including pure contributory negligence and comparative fault, which states follow.

The truth is, it is highly unlikely that the pedestrian alone was responsible for the accident unless, of course, they intentionally wanted to hurt themselves. Some states, including Alabama, Maryland, North Carolina, Virginia, and Washington, D.C, follow a set of rules called contributory negligence.

It prevents a pedestrian from recovering any damages even if they have played a minor role in the accident. In most other states, you can still get compensation if you are a pedestrian who’s partly at fault. However, the extent of your fault will decide the amount of compensation you can get, which brings us to the next point.

Most states, including the state of Illinois, follow their own version of comparative fault or comparative negligence rule. So, if both the driver and the pedestrian share the blame for the crash, the compensation is split according to the percentage of their fault. The jury decides who bears what percentage of the fault for the accident.

The comparative negligence system comes with the following two variants:

In this system, the jury will split the damages according to the percentage of fault. For example, if the jury finds a pedestrian 20% guilty and the driver 80% guilty in an accident, and the pedestrian’s medical bills are worth $100,000, the pedestrian will get only $80,000 from the driver.

In this system, the jury will split the damages according to the percentage of fault, but to a certain limit. Usually, the limit is 50%. However, the state of Illinois follows the 51% rule.

So, in the above example, if a pedestrian is found to be 51% or more at fault, the jury will decide in favor of the driver. In other words, the pedestrian will not receive any compensation.

As a leading personal injury lawyer in Illinois, we often have to face this question. The truth is, the course of legal action will vary from case to case. However, there are a few common ways that will help you prove that the pedestrian was at fault.

Whether or not your claim goes to trial, having an experienced lawyer by your side is always a good idea. Your attorney will prepare your defense by contacting eyewitnesses, drafting your response to the media letter from the plaintiff, and even helping you gather scientific evidence.

However, make sure to hire an experienced personal injury attorney in Illinois with an excellent track record. Remember, your very future may be at stake here. So, you need someone you can trust and feel comfortable working with.

As you can see, the driver alone is not always responsible for an accident involving a pedestrian. The pedestrian can also be at fault. If that is the case, it will have a huge impact on his/her personal injury claim. Hopefully, this post will help you understand when, how, and why, a pedestrian can said to be at fault and what can be done about it. If you still have doubts, feel free to contact us for help!