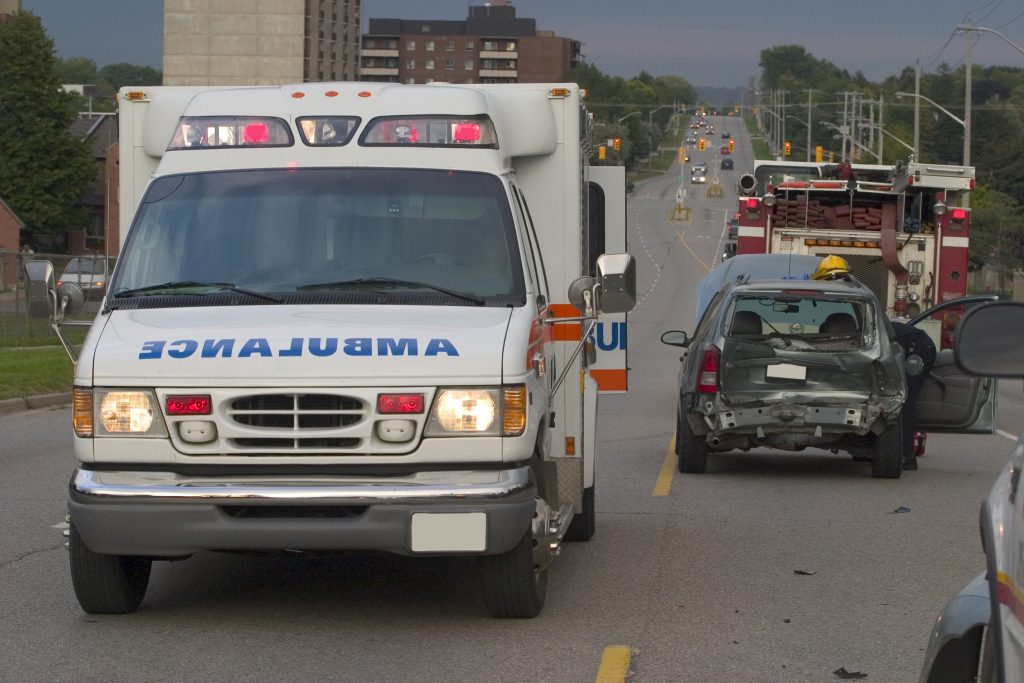 A rear-end accident refers to a collision where the front portion of one vehicle crashes with the rear of the vehicle ahead of it. These accidents not only occur frequently, but also contribute to the growing number of injuries, fatalities, and property damage every year across the United States.

According to the National Highway Traffic Safety Administration (NHTSA), rear-end collisions are the most common type of car accident, making up around 30 percent of all traffic accidents every year.

The number of rear-end car accidents are rising.  This is likely due to distracted driving from smartphones, GPS devices, and other gadgets that drivers use. These gadgets distract drivers, causing preventable crashes.

Determining Fault: Is It Automatic?

Some other examples of fault by the rear-ending driver include:

However, the driver of the front car can also be at fault. Some examples include:

But negligence is not the only type of liability.  For example, driving 100 mph in a 20 mph school zone is not just negligence, it is reckless.  This aggravated or extreme negligence is called willful and wanton conduct.

Regardless of the cause of the crash, you should consult with a top personal injury lawyer who can help you determine who is at fault and help get you the compensation you deserve.

“Damages” are the harm that was caused as a result of the crash.  The simpliest form of damages is damage to your car, also called property damage.  There are, however, many other types of damages.

Almost any loss you suffer as a result of injuries from the crash are reimbursable.

Getting compensation for a rear-end car crash is not easy. A victim of a car accident in Illinois, whether a driver or a passenger, should work with an experienced Illinois car accident attorney to seek fair compensation.

But what happens if both drivers are at fault?  To deal with such instances, all States follow a contributory negligence system.  In these circumstances, each driver’s fault is considered.  The victim-driver then has his claim reduced by the amount of his fault.

An example might help.  If Driver A rear-ends Driver B but Driver B suddenly stopped, both parties might be at fault.  Let’s say Driver B is determined to be 10% at fault.  The jury figures out his total damages and then reduces the verdict by the amount of his fault.  So if Driver B was 10% at fault and his injuries totaled $1,000,000, the jury would award him $900,000.

This type a system is fair to both drivers.  Driver A only pays for the harm he caused.  Driver B only gets compensation for the injuries caused by Driver A.

But some States (like Illinois) take this system on step further.  Some States follow a “modified comparative negligence” system.  In these systems, if the injured driver is more than 50% at fault for the crash, he gets zero.

In our prior example, if Driver A rear-ends Driver B and Driver B is 60% at fault for the crash, Driver B gets ZERO for his injuries.  In these systems, drivers who are a little at fault pay nothing.  This unfairness means many people get zero compensation for their injuries.

For this reason, it is particularly important to consult with a personal injury lawyer who knows these rules and can help you navigate them.

Sometimes rear-end accidents involve multiple cars. A crash can give rise to “chain reaction” where multiple cars are involved.  The cars that initially got into the accident are often considered at fault in such cases. This means multiple drivers can be liable.

In some cases, however, the liability for the crash rests on neither driver involved in a rear-end collision. This is because such an accident can be caused wholly or partly by:

When multiple parties are involved in a rear-end accident, determining fault can be complex. Each party may have different accounts of what happened, making it difficult to determine who is to blame.

When it comes to rear-end car accidents, the driver who rear-ends the car in front is often presumed to be at fault. However, this is not always the case. Several other factors come into play in such cases. Some of the facts presented in this post may not be known to the layperson. Hopefully, the eye-opening details mentioned above will help you understand how liability is determined in rear-end accident cases.