Talk is cheap. Many lawyers claim they can handle your case but do they have the results to back it up? We do. Here are just a few examples of the results we have obtained for clients: 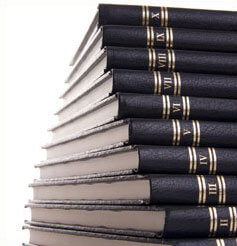 Pedestrian accident – $4,000,000 verdict for woman struck while walking on sidewalk

Trucking crash – $1,400,000 settlement for man who suffered neck and other injuries in semi-truck crash

Slip, trip and fall – big verdict for mom and her son when they fall on spill Wal-Mart employee left.  Clieck here: premises-liability-mom-holding-baby-falls-on-wet-wal-mart-floor

Pedestrian – $300,000 to family of a woman killed as a result of truck driver’s negligence when she was crossing against the light. Result: $300,000 (policy limits).

And hundreds more.  At Dixon Law Office, our caring staff has been Making It Right for our clients for decades.  We have obtained millions and millions of dollars in compensation for our clients.  Call us today at 888-354-9880 and let us do our best work for you today.

Dixon Law Office founder, G. Grant Dixon III, obtained a $4,000,000 verdict on behalf of an 83 year-old woman. The woman had left her home and was walking to the store to buy some milk. A car suddenly drove up the curb and onto the sidewalk, striking the woman. She had terrible injuries including multiple fractures to her leg and a “de-gloving” of the leg, a traumatic removal of the skin from the leg. She spent four months in the hospital recovering.

Dixon took the case over from another lawyer who was unable to make any progress. Dixon filed suit. The case claimed the driver was negligent and also alleged the car was owned by the driver’s son and that the son was responsible for entrusting the vehicle to the father At trial, Dixon argued the man passed out at the wheel and struck the walking woman The judge entered the verdict against both the driver and son. “The size of the verdict speaks to how seriously this woman was injured,” Dixon said. Dixon continued, “we were able to show that these injures were significant and that both the driver and his son were responsible for those injuries.”

Client was driving into an intersection in La Grange, Illinois on a green light, when a car turned in front of her. A collision ensued in which the client sustained injuries to her hands, including a fracture. Settlement: $140,000

Client was driving when the defendant ran a yield sign and hit her car on the driver’s side and rear. She sustained a neck injury for which she needed surgery to place a titanium plate in her spine and extensive therapy. Settlement: $90,000

Client was riding her bike preparing to make a left turn when a car pulled out in front of her as she entered the left turn lane. Client slammed on the brakes, causing her to fall from her bike, resulting in shoulder injury and severe PTSD. Settlement: $250,000 (policy limits)

Client was reaching inside her car for her snow brush to clean off her car when she was struck by car. Injuries included bruises and lacerations to her back, pelvis, both legs, left ankle, and right elbow. Settlement: $100,000 (policy limits)

A lawyer improperly wrote a divorce court order that allowed his client to obtain excessive funds from the ex-husband’s retirement account. The lawyer was sued for malpractice. Settlement: $110,000

Client was a passenger in a car making a left hand turn when the car was struck head on. Client sustained many serious internal injuries, leading to her death. Settlement: $100,000 (policy limits)

Client was driving his mother when the defendant ran a red light and struck the driver’s side of the client’s care. Both the client and his mother sustained multiple injuries. Settlements: $81,418.38 for client, $100,000 for mother (policy limits)

Client was in a nursing home and was attacked by another resident while both lived in the mental health ward of the facility. She suffered severe bruising and several cuts requiring stitches. Case was exceptionally challenging because the victim-client was unable to communicate. Settlement: $100,000

The client was driving when a one-way street when the defendant turned his motorcycle the wrong way onto the street. Seeing the crash coming, the client stopped her car and the defendant hit the front of the car causing injuries to her shoulder, hand, and arm. Settlement: $95,000

Client’s wife with history of heart problems was being held for alleged shoplifting. While being held, she collapsed and died. Settlement: $92,500

Client was stopped at an intersection waiting to make a left hand turn. The light turned to red so she began to make her turn when the defendant ran a red light and hit her causing fractures to her arm and ankle. Settlement: $95,000

Client came to the emergency room of St. Alexis Medical Center with shortness of breath after passing out while working out. A CT scan was ordered to rule out pulmonary embolism. However, the nursing staff failed to perform the CT scan on a timely basis, causing his death. Settlement: $370,000

Client was walking in Hinsdale, Illinois when she was hit by a care backing out of a driveway. She sustained a hip fracture. Settlement: $215,000

Client tripped and fell over a low pony wall and was injured. This resulted in a tear in her right shoulder, as well as a right arm fracture. Settlement: $100,000

As a result of his job as a sheet metal worker, client developed bilateral wrist pain. Settlement: $88,459.57

Client was driving his empty semi-tractor to Costco to pick up a load when a car attempted to make a left turn in front of him. Client attempted to avoid the crash by turning right, but could not and a serious crash ensued resulting in serious injuries. Settlement:  $1,120,000.00

The client was leaving work for the day and walking in one of the aisles of the parking lot when the defendant struck her with his car. She dislocated and fractured her right ankle. Settlement: $100,000 (policy limits)

While making a delivery for his company, client fell onto left knee after his right food was caught in rope. Client sustained injuries to the shoulder, ankle, and neck, as well as a knee injury resulting in a total knee replacement. Settlement: $110,000

Client was crossing the street using the crosswalk when she was hit by a Pace bus. She suffered severe injuries including degloving skin injury. Verdict: $475,019.74

Client was in the garden center of Home Depot located in the parking lot. Part of the fencing surrounding the garden center fell over, hitting her on the forehead and knocking her to the ground causing fractured hip. Settlement: $410,000