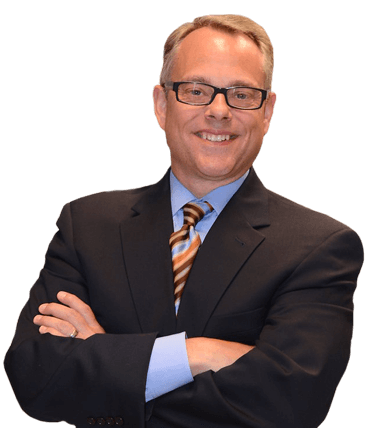 At Dixon Law Office, bicycle accidents are not just another type of case we handle, they are some of the most important cases we work on. Why? Because Dixon Law Office founder, Grant Dixon, is an avid cyclist. Grant Dixon knows how dangerous the roads are for cyclists. “I am riding my bike nearly every day. I know what it is like being on the road.” Grant continued, “Most drivers are irritated by bicycles and many drive like the bicyclist has no right to be on the road,” Grant said. Grant’s vast bicycling experience has earned him recognition as a cyclist and a lawyer. In 2010, he participated in RAGBRAI, an annual bicycle ride across Iowa. His cycling prowess was featured by the Chicago-Daily-Law-Bulletin.

Grant also has firsthand experience with bicycle accidents as a victim as well. “I was riding my bike when a car ran a red light. Her bumper hit my crank, throwing me into the street.” Dixon’s wrist was injured. “It took months of therapy just to get back to full range of motion.”

At Dixon Law Office, we have experience in handling nearly every type of bicycle accident case imaginable. We have represented bicyclists who have been hit by cars, trucks, and vans. We have handled cases involving bicycles that were manufactured improperly and cases of bicycles that were not properly assembled. We have even handled cases of bicyclists who were injured by road defects such as potholes, cracks, and sewer grates. Often the injuries are catastrophic. Sometimes less so.

At Dixon Law Office, we help bike accident victims recover the compensation they need. We have extensive experience with cases involving catastrophic injury and wrongful death. For a free consultation with a personal injury lawyer, please call (888) 354-9880 or contact us online.

Many bike accidents occur at intersections. Other common sites include sidewalks, crosswalks, school areas, parks, playgrounds, bike paths and bike lanes. Very often, the accidents are caused by distracted drivers who are not watching the road carefully. Other causes include:

Children are often victims of bicycle accidents. They may suffer severe injury, especially if they were not wearing a bike helmet. These types of accidents can result in injuries to the brain, spine, arms and legs, and internal organs. When the injuries are this serious, wrongful death may also occur.

Our goal is to recover compensation to cover your medical bills, long-term care, lost wages, pain and suffering, and other related expenses. In wrongful death cases, we can seek additional damages for funeral expenses and emotional trauma to the survivors.

In addition to accident claims, we also represent people injured by defective bicycles. Please call our office at (888) 354-9880 to schedule an appointment with our Cook County bicycle accident attorney.