The Unauthorized Practice of Law 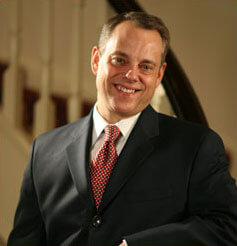 The most tempting of the “deadly notary sins,” the unauthorized practice of law is facing Notaries in and outside of legal environments. An introduction to the warning signs and how important it is to stay clear.

The Unauthorized Practice of Law

G. Grant Dixon III is the founder of the DIXON LAW OFFICE located in the Chicago suburb of La Grange. As a trial lawyer, he represents plaintiffs in all forms of personal injury and wrongful death matters. His cases have included automobile, medical malpractice, product liability, and toxic tort matters. Grant has spent nearly his entire career representing the rights of injured victims and obtained millions of dollars in compensation for his clients. He is a frequent speaker and has authored more than a dozen articles, chapters, and papers. Along with Professor Michael Closen, Grant wrote one of the leading articles on notaries public, “Notaries Public From the Time of the Roman Empire to the United States Today and Tomorrow,” published in the North Dakota Law Review.

Grant has been widely recognized for his representation of injured victims. In 2003, he was selected as one of the “40 Under 40” Lawyers to Watch, an award given to only 40 lawyers in the State in recognition of their work. Grant has also been named a Leading Lawyer. Leading Lawyers are recommended by peers and competitors as the best in their field. Less than 5% of all lawyers are so honored.